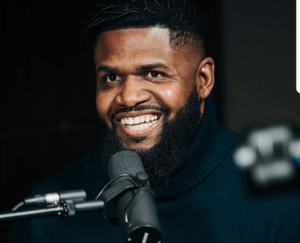 Corey Jackson grew up in Cassatt, SC (with a population of 3,000) where he lived with his parents and four siblings in a single-wide mobile home. Although the Jacksons didn’t have much, Corey had extremely big and ambitious goals. At the age of five, he decided that he wanted to be a pro athlete and play in the NBA. Corey attended North Central High School where he became a basketball star. After a great high school basketball career, he expected to be recruited and receive multiple scholarship offers. However, to his surprise, he didn’t receive one offer.

Shortly after graduation, Corey took a seven dollar an hour job at Walmart. Fed up with his situation, Corey quit his job one year later and purchased a one-way ticket to Ranger, TX with his mindset on attending Ranger College, where he neither applied nor was accepted.

With very little money, but more determined than ever, Corey took a two-day Greyhound Bus trip from South Carolina to Texas. When he arrived in Ranger, he cold-called Ranger’s head basketball coach from the bus station. The coach watched Corey play one pick-up game and decided to put him on the basketball team. During his two years at Ranger, Corey became one of the best players on the team and earned a scholarship to the University of Nevada.

While at UNR, Corey became one of the top five rebounders in the Nation. However, despite his collegiate success, Corey didn’t get drafted into the NBA. So, he returned to UNR to complete his Speech Communication Degree. He was convinced by the UNR coaches that he should play football. Corey played football at UNR for one semester and caught the eye of the NFL Scouts. The following Spring, Corey signed with the Cleveland Browns.

In 2003, Corey joined the Cleveland Browns as a defensive end and played two and a half seasons with the Browns. In 2004, Corey earned defensive player of the year in NFL Europe while playing for the Frankfurt Galaxy. In the Fall of 2005, Corey signed a two-year deal with the Denver Broncos. After several nagging injuries, Corey officially retired in 2008.

Corey is an entrepreneur at heart. While playing in the NFL, Corey, along with a partner, started a real estate company that they exited after several years. As well, Corey began speaking professionally while playing in the NFL. In 2016, he published his first book, Think Different. Be Different. Live Different., and he started a recruiting company called Qwerkz. His company connects former professional athletes with new career opportunities. Qwerkz partners with Fortune 500 Companies, Universities, and large organizations to provide them with top talent from world-class athletes. Also, the story of his journey to the NFL is being produced in a documentary entitled From Walmart to The NFL: The Corey Jackson Story.

Corey believes that “Winning Is a Lifestyle” and has created an entire brand around the slogan. Corey says “winning” is the shiny thing, but the “lifestyle” that gets you there is far from shiny— it’s tough, dirty, and hard.

Corey is giving away a copy of his book “Think Different. Be Different. Live Different” To view the book click here

If you want a copy or interested in his shirts, email Corey at cj@qwerkz.com and mention The Unplugged Summit.